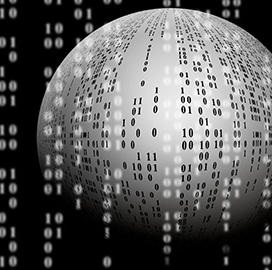 Since its emergence in the early 1980s, the responsibilities tied to the chief information officer role have expanded from simply creating policy and managing data-processing procedures to steering a company’s technological strategies and digital transformation initiatives.

In the 21st century, this meant CIOs had to evolve into business strategists and enterprise system leaders to adapt to real-world information technology requirements such as migrating to hybrid cloud environments and adopting new operating models.

A managing director with management consultancy Pace Harmon observed that the highly adaptive CIO role is slowly morphing into the “Chief Digital Innovation Officer,” with organizations setting their sights on becoming data-driven enterprises.

The Potomac Officers Club – a division of Executive Mosaic – presents five CIOs from some of the most prominent companies across the government contracting space.

John Wilson serves as vice president, chief information officer and chief security officer at Mitre. Since November 2019, he has been leading the information, enterprise computing and security organization.

In the current role, he is in charge of enhancing the company’s intelligent enterprise, allowing human resources to improve services to customers and partners, according to this Linkedin profile.

Wilson also heads the business transformation program, an internal initiative to reshape the company’s business operations and processes. As CSO, he manages the synergy between the organization’s information systems and information security.

In his more than 19-year career at Mitre, he previously assumed the role of vice president for technical centers. The group consists of IT, electronic systems technology,  autonomous systems, networking and infrastructure,  transportation, health transformation and systems engineering.

For five years, he led the group with a 3,500 workforce tasked to offer technical support in various services to the company’s clients. He supported the unit with his experience in business innovation, embedded systems and software engineering.

He spent at least a year as director for consulting technology at Kana Software, where he provided technical guidance throughout the company’s customer relationship management software implementation.

Wilson was a college professor for over four years, serving adjunct faculty for computer science and information systems at Boston University. He designed and instructed courses in e-commerce, Java, software engineering and computer science.

He graduated from the University of New Hampshire with a degree in computer science and earned his master’s degree in software engineering from Wang Institute.