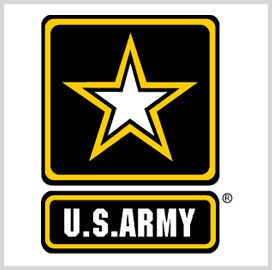 The Army is developing technology that would allow a single operator to control a swarm of drones, a top technology official said.

Lt. Gen. Neil Thurgood, director of the Army’s Rapid Capabilities and Critical Technologies Office and a speaker at a past Potomac Officers Club event, said that the capability would be a step above coordinated attacks that require multiple operators, Breaking Defense reported Wednesday.

He said that the drones would automatically identify and engage targets without needing to be micromanaged. A drone may also operate independently from the swarm.

Thurgood explained that the swarm would function similarly to a coordinated attack, noting that the target would not know the difference.

The company was tasked with developing the HIVE small unmanned aircraft system architecture. BlueHalo said in a press release that it will use artificial intelligence and machine learning to define the swarm’s logic functions.

BlueHalo added in its press release that it has extensive technical experience in designing, prototyping, testing and conducting research in unmanned and counter-unmanned systems.