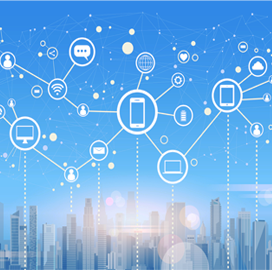 The network and communication service industry played a major role in the business world’s survival during the coronavirus pandemic. Businesses and government agencies pushed their digital workplace transformation plans into overdrive, heavily investing in secure networks and communication platforms. Verizon identified the facilitation of remote work as a key industry trend whose importance will outlast the pandemic.

Carriers are also racing to make the most out of the rise of 5G, one of the most prominent trends in recent years. Carriers are racing to fill out their 5G networks as manufacturers introduce more 5G-ready products to the market, CRN reported. Smaller companies are taking advantage of 5G opportunities to challenge AT&T and Verizon, two of the biggest telecommunication carriers in the United States. The Potomac Officers Club — a division of Executive Mosaic — presents five executives making a difference in the network and communication service industry.

Jim Jacob has been serving as the network services director of information technology and services company Leidos for close to a year.

He started his career at Leidos as the director of site support services. The role gave him responsibility over IT functional area managers who provided desktop tier 2/3 remote and field services and file/print services, among other things.

Prior to joining Leidos in 2013, Jacob spent 12 years at Science Applications International Corporation, taking on the roles of IT service manager and IT site support. During his stint with SAIC, he mentored a geographically dispersed team of technicians providing internal IT support across the Northeast and mid-Atlantic states while supporting IT requirements at several small remote locations.

Among other things, Harman positions OCEUS Networks as a main supplier of 5G network transformation systems to the Department of Defense and civilian agencies.

Before being appointed as president in July 2020, Harman had a seven-year stint as OCEUS Networks’ chief operating officer.

He joined OCEUS Networks after working for more than 11 years at CACI International, where he served as senior vice president and operating group manager. The role put him in charge of enterprise information technology services and solutions core competency.

He was also tasked with developing the CACI IT service management framework and managing over $200M in annual revenue with clients in the Defense Information Systems Agency, the U.S. combatant commands, the Navy and the Department of Homeland Security.

Throughout his career, he gained expertise in capture management, solution development and delivery of enterprise IT and command, control, communications and computer services.

Harman graduated from Strayer University and completed his master’s degree in information systems from the University of Mary Washington.

Sujai Hajela is the senior vice president of enterprise at Juniper Networks, a networking and cybersecurity solutions provider headquartered in Sunnyvale, California.

Since assuming the role in April 2019, he has been responsible for Juniper Networks’ artificial intelligence-driven enterprise. Hajela joined Juniper Networks following its acquisition of Mist Systems, an AI-powered networking startup that he co-founded in 2014, according to his company profile.

A seasoned executive in the network and communications industry, Hajela also worked for Cisco Systems. During his four-year stint at the company, he assumed the role of senior vice president, which put him in charge of product management and strategy for wireless LAN, campus and data center switching and campus routing portfolio.

He also had a two-year stint as the vice president and general manager of Cisco’s wireless and cloud networking group, during which he led the acquisition of enterprise Wi-Fi startup Meraki and ThinkSmart.

In addition, Hajela worked for Motorola as the VP and GM of wireless network solutions. For more than six years, he managed the company’s wireless local area network, wireless broadband and voice over WLAN solutions.

He earned a bachelor’s degree in computer science and technology from Bangalore University in India before completing a master of business administration degree from the University of California at Berkeley.

Dapkiewicz was named to the said role in September 2020 to lead MetTel’s federal program. MetTel CEO Marshall Aronow credited Dapkiewicz with having a track record of success in sales, marketing product development and strategic planning, according to his LinkedIn profile.

“His deep knowledge of voice, data networking, mobility solutions and applications will complement our high-performing federal team,” Aronow said in a press release.

MetTel said that Dapkiewicz has three decades’ worth of leadership experience in both the civilian and military sectors managing several multi-billion-dollar market segments.

Prior to joining MetTel, Dapkiewicz held numerous senior executive positions at AT&T, where he worked with both commercial and government-sector customers.

MetTel was one of Dapkiewicz’ customers when he was leading AT&T’s wholesale business. In a blog post written during his transition, Dapkiewicz said that MetTel values innovation, prioritizes customer satisfaction and pursues solutions to tough communications challenges.

“MetTel’s federal practice success is a testament to the leadership that blazed the trail before me, but also to the deep relationships, attention to detail, and competitive solutions every member of this team offers to our federal clients,” Dapkiewicz added.

Dapkiewicz also spent two years as a telecommunications manager for Rodale, a publishing company that creates content on global health and wellness.

Barnett leads a growing company division that creates value by delivering solution sets to the DOD. He has held multiple management positions during his 19-year tenure with the company, according to his LinkedIn profile.

Before he took on his current role, Barnett served as the director for the national cable operator practice and director for the internet service provider and content channels within the company’s wholesale markets group.

He worked for Level 3 Communications before its acquisition by CenturyLink in November 2017. Then-CEO Glen Post III said the acquisition expanded CenturyLink’s portfolio of communications solutions for customers who need networking and information technology services.

Barnett has about 28 years’ worth of technology experience in the areas of wholesale, large enterprise, content, cable, carrier, service providers, satellite and cloud.

The executive began his career in telecommunications with Southwestern Bell Mobile Systems, now known as AT&T.