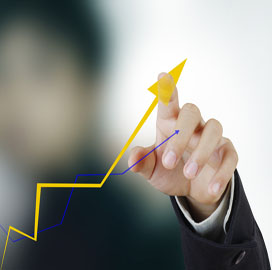 The role of investor relations has been rapidly evolving due to regulatory updates, new technologies and an unpredictable market. As MZ Group pointed out, new digitalization trends have forced investor relations professionals to adapt their communication styles to meet the demands of their growing audiences.

In addition, investors have more prominently been pushing environmental, social and corporate governance agendas in an effort to better foster sustainability and ethicality. It is the investor relations practitioner's responsibility to maintain the ties between his company and its most important stakeholders.

The Potomac Officers Club – a division of Executive Mosaic – features five executives leading the investor relations practices at some of the most prominent government contracting companies.

With 20 years of investor relations experience, Spille has particular expertise in communications, mergers and acquisitions and capital-raising transactions, according to his LinkedIn profile.

His extensive experience includes eight years in the federal information technology market and two years as an analyst at the Nasdaq stock market.

He also briefly served as Engility's VP of corporate communications, managing all media, internal and external communications and marketing activities.

Spille earned a master of business administration degree from The George Washington University School of Business and a bachelor's degree in management from Radford University.

In addition to his corporate treasury duties, Ernst's responsibilities also include maintaining communications and relationships with financial analysts, institutional shareholders and individual investors, according to his LinkedIn profile.

He was previously also Raytheon's VP of corporate development and led the company's investor relations for seven years. Ernst joined Raytheon in 2010 as director of competitive assessment for corporate strategy.

Ernst spent over three years as a senior analyst and VP at Neuberger Berman, a firm that manages a range of investment strategies.

In 2002, he joined hedge fund Balyasny Asset Management as an equity research analyst and junior portfolio manager, covering the aerospace and defense sectors and select industrial and transportation companies.

Ernst began his professional career in 1991 as an account manager at NCR, an information technology and services company based in Atlanta, Georgia. He was responsible for check processing sales for two major banks.

He later moved on to work as a senior equity analyst and VP at Prudential Securities. In the said role, he made financial analysis and investment recommendations on companies in the aerospace, defense, multi-industry and satellite services industries.

Ernst holds a bachelor of arts degree from DePauw University and a master of business administration degree from the University of Michigan's Ross School of Business. He is also a designated certified treasury professional.