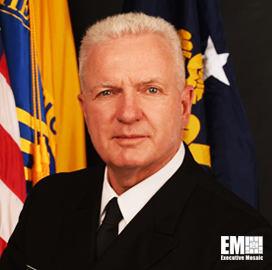 As the 16th assistant secretary for health at the Department of Health and Human Services, Adm. Brett Giroir spearheads the development of the agency’s public health policy recommendations and directs several of the organization’s main offices, including the Office of the Surgeon General.

He also oversees his office’s various national initiatives, including the Physical Activity Guidelines for Americans and the plan to end the HIV epidemic in the U.S., HHS said.

Giroir likewise serves as a senior adviser to the secretary for opioid policy, in charge of coordinating the agency’s efforts across the administration to combat the country’s opioid problem.

A pediatric critical care specialist and physician-scientist, he has served in various leadership roles in the federal government and in academia.

He served as executive vice president and CEO of Texas A&M's Health Science Center from 2013 to 2015. He also held the vice chancellor posts for strategic initiatives and research for the Texas A&M University system.

Earlier, Giroir served for 10 years as a pediatrics professor and endowed chair at the University of Texas Southwestern Medical Center, and was the first chief medical officer at Children's Medical Center of Dallas.

From 2006 to 2008, he led the Defense Sciences Office of the Defense Advanced Research Projects Agency. He joined the agency in 2004 as deputy director and was also part of the Department of Defense’s Threat Reduction Advisory Committee.

A former chairperson at the Veteran’s Choice Act Blue Ribbon Panel from 2014 to 2015 and a recipient of various honors and awards, Giroir has contributed to over 100 scientific publications.

Giroir earned his bachelor’s degree in biology from Harvard University and received his medical degree from the University of Texas Southwestern Medical Center.