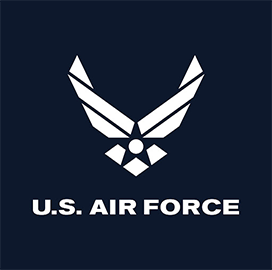 The Air Force is turning to digital engineering methods in order to revolutionize the way it develops new weapons, a move that acquisition czar Will Roper believes will result in billions in taxpayer savings.

Speaking at a recent industry conference, Roper, assistant secretary of the Air Force for acquisition, technology and logistics, said the service has already adopted digital engineering methods to fast track the development of a new fighter jet as part of the Next-Generation Air Dominance program.

Digital engineering, which is commonly used in the commercial automotive industry, was also applied on the Air Force’s -7A Red Hawk jet fighter trainer and on the replacement program for the Minuteman III missiles, known as the Ground-Based Strategic Deterrent system, the National Defense magazine reported.

One of the benefits of the method, Roper said, is that it allows the service to retire older systems and aircraft by pursuing rapid weapons and systems development in smaller batches.

Consequently, it frees up the budget that the Air Force sets aside for modernization and sustainment. The move allows the service to work around the current 30-year aircraft mass production acquisition scheme, under which service personnel must modernize and sustain aircraft until retirement.

“Once something is locked into modernization and sustainment, it's like dead money. You're committed to that airplane and it's fixed money,” he said.

By pursuing development efforts in smaller lots, the Air Force has more room for committing mistakes, Roper added, which the service would not be able to afford otherwise.

Currently, the Air Force is in talks with leaders from the Department of Defense about the benefits of digital engineering. According to Roper, a past Potomac Officers Club event speaker and 2020 Wash100 winner, it is critical to prove that the method can promote lower per unit price and sustainment costs.

Posted on September 25, 2020 by Adrian Rosenberg