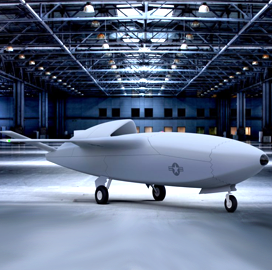 No funding has been obligated for the contracts, however, since all four companies will need to compete for future Skyborg orders.

Specific requirements have been laid out by the Air Force with regards to the development of the Skyborg drones, which mainly involves striking a balance between affordability and survivability, DefenseNews reported.

The Air Force envisions a fully built Skyborg drone to demonstrate strong enough survivability to provide high-end combat support and function as a wingman to manned fighter jets while being cheap enough so that its destruction would still be sustainable for the service.

The Skyborg drones would initially be deployed in open mission systems to demonstrate their viability in providing support to manned fighters.

Moving forward, the Skyborg program could serve as a blueprint for a layered, autonomous and open-architecture based unmanned aircraft system fleet, Pringle added.

Brig. Gen. Dale White, the head of the Air Force’s program office for fighters and advanced aircraft, is also convinced that the autonomous nature of Skyborg drones can significantly expand warfighting capabilities and serve as a force multiplier for the service.

In the long-term, Air Force acquisition executive Will Roper, a 2020 Wash100 winner, believes that Skyborg drones could have the potential to autonomously present information and perform tasks that would free up fighter pilot workload.