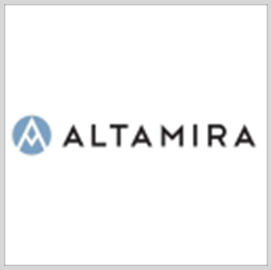 Altamira Technologies has been awarded the lead role on its existing contractor teaming agreement for the General Services Administration's MEGASTAR blanket purchase agreement.

The five-year $997M agreement provides scientific and technical intelligence support services to the National Air and Space Intelligence Center. Most of the work will be done at Wright Patterson Air Force Base, Altamira said.

“We are excited to take on this team lead role on MEGASTAR which provides us with greater opportunities to support NASIC’s critical mission. MEGASTAR is highly complementary to our ongoing work on NASIC’s ATEP II contract and extends our longstanding partnership with this important customer," said Altamira CEO Blaine Worthington.

Altamira will serve as the team leader of the CTA through the remainder of the performance period, which ends Sept. 30, 2029, if the option periods are exercised. The company will also serve as the official point of contact with the customer concerning the MEGASTAR program.

Altamira said it has been supporting NASIC through the Advanced Technical Exploitation Program and ATEPII contracts since 2007.

NASIC is an Air Force unit responsible for analyzing military intelligence on foreign air and space forces, weapons and systems.

Through the ATEP and ATEPII contracts, Altamira has been providing geospatial intelligence and non-nuclear measurement and signature intelligence tasking, collection, processing, exploitation and dissemination activities to NASIC and its mission partners.

Altamira is an open-source technology company that specializes in national security. The Virginia-based company also provides engineering and analytic services to the defense, intelligence and homeland security communities.