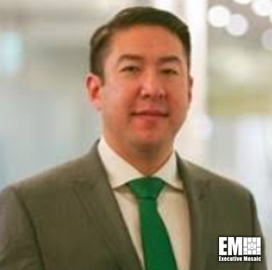 AECOM has appointed Andrew Liu to the role of senior vice president and director of growth within the company's transportation business in the U.S. West region.

Liu's appointment marks his return to the AECOM, where he previously led the Los Angeles transportation business, including surface transport, transit, aviation and ports.

“Andrew rejoining our team is a testament to the career potential at AECOM and the long-term value that we see in transformative transportation. We look forward to making substantial investments in growing our transportation business," said Travis Boone, regional chief executive for AECOM's West region business.

Liu has more than 20 years of experience in the transportation industry, having worked on transit projects, highways, bridges and airports, AECOM said.

He most recently served as an SVP and divisional chief product officer of Parsons' connected communities division. He was responsible for developing and deploying new technologies for global transportation system, rail and smart city uses.

Liu said he returned to AECOM during a period of high growth and investment in the company's transportation business.

“I will be focused on partnering with our customers to successfully deliver their world-class projects and collaborating with our talented employees to continue developing new and innovative approaches to today’s transportation challenges,” Liu said.

Liu is a licensed civil and geotechnical engineer in California. He earned a bachelor's and master's degrees in engineering from the University of California, Los Angeles, and a master of business administration from the Wharton School at the University of Pennsylvania.