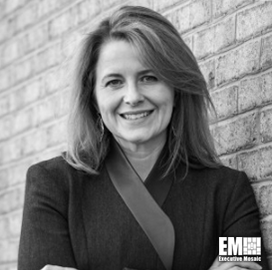 Angela Heise serves as the corporate vice president of defense and intelligence at Microsoft, working out Washington, D.C. She has dedicated the past 20 years to securing enterprises through information technology and advanced cybersecurity programs, having studied computer science and beginning her career in software development, according to her LinkedIn profile.

Heise joined Microsoft in June 2021. Concurrently, she serves as a board member of the insurance company Essent Guaranty.

From 2016 to 2019, Heise served as the president of Leidos Civil, a provider of services and solutions in the defense, intelligence, civil and health markets, where she was responsible for providing solutions to U.S. cabinet-level civil agencies and major elements of the public sector across the globe. Her areas of focus include air traffic automation, energy and the environment, federal infrastructure and logistics, information technology and cybersecurity, and transportation security.

Prior to Leidos, Heise held a number of positions with Lockheed Martin between 1997 and 2016, including vice president of enterprise information technology solutions. In that role, she led the company in securing two major international wins, including IT infrastructure design and implementation for the new NATO headquarters and the Australian Data Center Consolidation Program.