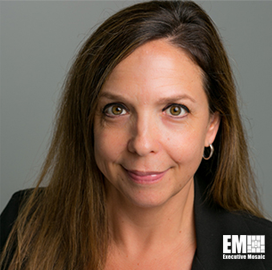 April Nadeau, SVP of Department of Defense Programs at Sentar

April Nadeau serves as senior vice president of Department of Defense programs at Sentar, a woman-owned small business that specializes in systems engineering and cyber intelligence.

In her role as SVP, Nadeau is responsible for multiple projects across Sentar’s Navy, Marine Corps and health information technology programs.

Sentar said Nadeau is also a member of its board of directors and is responsible for developing strategic ways to improve the company’s reach and reputation.

She joined Sentar in March 2013 as her current division’s manager and was promoted to her SVP role in February 2016.

As division manager, she managed programs and processes for task orders from the Naval Information Warfare Systems Command, according to her LinkedIn profile.

She earned a bachelor’s degree in history from Tulane University.