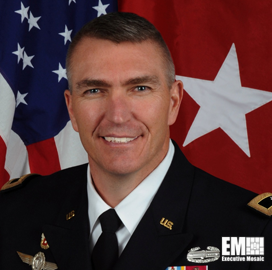 The Army is working to working to establish common standards to make it faster for systems to translate data from one machine to another.

“Everybody, every decision-maker on every echelon, we want to give them the data they need to make the decisions they need, at speed, all the way down to that infantry squad,” Gallagher, a past Potomac Officers Club event speaker, told Breaking Defense.

The Army is developing the new standards through a project called Rainmaker, whose capabilities are expected to be fielded to combat brigades in 2023.

Gallagher and other technical experts said the Army currently relies on multiple legacy systems that require extensive customization and troubleshooting to connect to new technologies.

Upesh Patel, a senior engineer at the Army’s C5ISR Center, said defense contractors often struggle to integrate their capabilities into the Army’s existing infrastructure because of how the service’s systems were designed.

With Rainmaker, the Army’s machines will be able to “seamlessly pull and push information without having to go through all these transformations and translations,” Patel added.

Alan Hansen, head of intelligence systems processing at the C5ISR Center and a past POC event speaker, said Rainmaker will also make it easier for the Army to share information with its coalition partners.

He said Rainmaker would be able to intelligently redact specific parts of shared reports, allowing users who are not authorized to access the whole file to still be able to access the parts they are to.