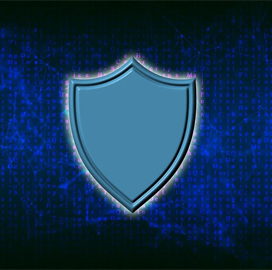 Last year, the Department of Defense began rolling out the first stages of the Cybersecurity Maturity Model Certification program, an ambitious effort to establish higher security standards for the defense industrial base. With the release of such government requirements, the role of the chief security officer has been expanding to include cybersecurity.

CSOs come from different backgrounds but all have a set of skills that is hard to find. Investopedia said that despite the small talent pool of CSOs, experts expect the role to continue being in high demand due to the number of companies experiencing breaches and threats to their security.

As CSO, Mazzocco is tasked with ensuring that company operations remain in line with the government’s security requirements, according to Peraton.

Before he joined Peraton in September 2017, Mazzocco served as Leidos’ vice president of sector security. He led security operations across the company’s $4 billion portfolio of national security programs.

He is credited with managing the security team for the modernization effort of the Department of Defense’s Defense Healthcare Management Systems.

Prior to Leidos, Mazzocco spent nine years in various leadership roles at Science Applications International Corporation, according to his LinkedIn profile.

In addition to working for Dell, Scimone sits on the advisory boards of CyberVista and the RSA Conference. He is also a board member at the Security Advisor Alliance, a program committee member at the Executive Security Action Forum and an ambassador for the Executive Women’s Forum on Information Security, Risk Management & Privacy.

His contributions supported the creation of Sony’s first global information security and privacy program and the formulation of the company’s response to a cyber attack launched by North Korea.

Before transitioning to the private sector, Scimone worked for the Department of Defense.

He spent a little over four years as the director of security operations for the Secretary of Defense’s communications office. He was also a former senior security adviser with the now defunct Joint Task Force for Global Network Operations.

Scimone graduated from the Georgia Institute of Technology with a bachelor’s degree in computer science. He also attended the Institute of World Politics, where he earned his master’s degree in strategic intelligence studies.

In the role, Bradbury is responsible for leading the overall security execution of Okta and manages a team tasked with navigating the threat landscape to protect the company’s employees and customers.

Currently, Bradbury helps Okta’s customers continue to adopt and accelerate security strategies that employ a zero trust approach, according to his LinkedIn profile.

He assumed his role at Okta in 2020 after spending three years at Symantec, where he was also a CSO and senior vice president. While at Symantec, Bradbury oversaw the company’s global security by crafting and implementing security cyber risk management programs that balanced product and business needs with customer expectations.

The information security management and information technology expert began his career as a software engineer at eBay in 1999.

He also previously worked at Barclays Capital as associate information risk director and at Commonwealth Bank in Australia as head of cybersecurity operations. He spent three years at Barclays and five years at CommBank, where he oversaw global accountability for detection and response to stay ahead of threats and attacks.

The Okta CSO is a graduate of the University of Sydney with a bachelor’s degree in computer science.