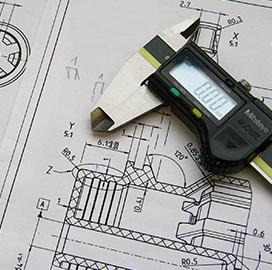 Engineering and construction companies remain upbeat about the industry’s prospects even after the pandemic massively shifted project timelines and safety priorities. The industry is closely tied to technological trends and can expect to find many opportunities in emerging business areas, including smart city development.

Despite the productive boons of automation and digitization, the industry still faces the realities of skilled labor shortage, resource scarcity and environmental impacts.

Michael Rodgers is the president and CEO of EMCOR Government Services, a Virginia-based company that specializes in facilities management and services.

In the said role, Rodgers leads a team that is responsible for providing operations and maintenance, logistics, security, janitorial, construction, engineering and administrative services at facilities and properties.

He currently also serves as the senior executive leader for a separate EMCOR division that provides heating, ventilation and air conditioning services to commercial building owners in the Washington D.C. metropolitan area.

Before he took on the role, Rodgers was a senior vice president at EGS and the president of EMCOR Services Combustioneer.

He began his professional career as a mechanic at Charles E. Smith Management before moving on to Consolidated Engineering Services, which is now an EMCOR company.

He also holds a master’s degree in executive leadership from Liberty University and a master’s certificate in government contracting from The George Washington University.

He previously served as Day & Zimmermann‘s vice president of corporate development. In the said role, he was responsible for strategy and mergers and acquisitions.

Selfridge earned a bachelor’s degree in business and accounting from Rutgers University–Camden. He currently serves on the Leadership Council of Rutgers School of Business.


Scott Goldstein, VP for Engineering, Integration and Logistics at SAIC

As senior vice president and practice lead for construction services at Michael Baker International, Tom Zagorski is responsible for business development and technological advancement at the management and operations level.

Zagorski oversees the status of the unit’s projects and provides resource management coordination with business line managers and executives. He also makes sure that the construction initiatives are supplied with qualified personnel and are within the technical standards practice.

During his tenure, the company secured an $838M contract to provide engineering, construction, training and operational support services to the U.S. Air Force.

Over 5,000 workers were tasked to help manage water and power, maintenance, repair, flight operations and medical services. The company also renovated base facilities and infrastructures such as communications and electronic security systems.

In 2019, the organization received a potential five-year, $99M indefinite-delivery/indefinite-quantity contract to engineer construction projects at government sites within the area of responsibility of the Naval Facilities Engineering Command Southwest.

Before joining Michael Baker International in January 1986, he served as a staff sergeant in the Air Force for four years.

Zagorski is a licensed professional engineer in Pennsylvania and Virginia. He also is a member of the Construction Management Association of America and the Master Builders’ Association.