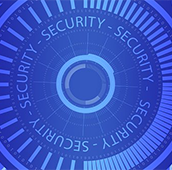 Many national security industry watchers agree that the use of force has been relegated as a last resort. Over the past half-century, national security has steered its focus toward the advancements of convenient – yet highly exploitable – technologies. Lawmakers themselves have recognized the security implications of technologies like 5G and cloud.

For the second consecutive year, the Security Industry Association identified cybersecurity as the sector with the highest impact on national security, followed closely by artificial intelligence and facial recognition. Never before has digital security become more intertwined with physical security than now, particularly as Americans continue to move their business and social activities online.

He is in charge of establishing and executing enterprise-wide operations including business development, change and people management and finance, according to his Linkedin profile.