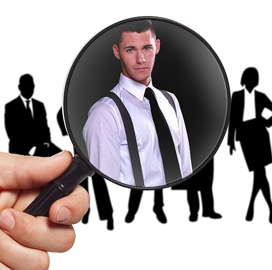 Talent acquisition and management are integral processes under the human resources umbrella.

Finding quality talent and understanding how they contribute to organizational success is essential to maintaining a competitive advantage, according to Talent Growth Advisors. In fact, research suggests that talent accounts for 29 percent of the difference between high and low performing teams and organizations.

Hiring and retention practices have evolved throughout the years, with there now being a greater focus on cultural fit and the use of data to pick up on patterns and predict future success. The global pandemic has even shaped how companies approach recruiting as virtual interviews have become increasingly prevalent.

Bart Gasiorowski is the vice president of talent management and acquisition at Fortress Information Security, working out of Orlando, Florida. By his own account, he has a strong background in information technology and talent management, and expands his knowledge about information security on a daily basis.

Gasiorowski has been employed at Fortress for almost six years. He joined the company in 2015 as the director of talent acquisition and worked his way up to his current vice presidential role. Fortress’ mission is to secure critical infrastructure by implementing cybersecurity controls-based automation at economies of scale, he said.

Gasiorowski is not new to the cybersecurity industry. Before working at Fortress, he was an executive vice president at InfoGuardSP, a position he held for over five years.

Gasiorowski graduated with a degree in organizational communications from the University of Central Florida and earned his Master of Business Administration degree from University of Maryland with a focus on technology and management.

Before making the jump to Magellan Health, Towson spent nearly two years working for executive search firm Reffett Associates. As the firm’s managing director, he was in charge of new business development and executive search execution in the Washington, D.C., metro market.

Prior to that, Towson was the senior director of global recruiting at ICF International. During his four-year stint with the company, he executed recruiting strategies in support of commercial, federal, state and local government contracts.

He is also the former director of global talent acquisition for SRA International, which now operates as part of General Dynamics Information Technology. In that role, he worked closely with sector presidents and executives in determining workforce needs and developing global recruiting strategies. Providing monthly recruiting reports to c-level executives was also one of his key responsibilities.

Additionally, Towson spent a year-and-a-half as the VP of recruiting for PRA International, where he implemented a dashboard for reporting recruitment successes and measuring efficiencies.

He started his career with Hewlett Packard, taking on roles such as senior corporate recruiter, sales director and recruiting director.

Caroline LeCount has been the vice president of talent management at Maxar Technologies since December 2019.

She assumed her current role following a nearly two-year stint as Maxar’s VP of human resources and talent acquisition. During that time, she helped ensure the alignment of HR strategy and priorities with the needs and outcomes of the business.

Before that, LeCount was the HR director for defense contractor Vectrus. One of her main contributions to the company was building an entire proposal and capture team from scratch for a new line of business.

Earlier in her career, she was an HR manager at Science Applications International Corp. While at SAIC, she managed the HR department overseeing staff employed under the $400 million INS STARS SM/I contract.

LeCount completed her bachelor’s degree in HR and management from the University of Wisconsin before earning a master’s degree in organizational development from Marymount University.

David Metzger is the vice president of talent at Appian Corporation, working out of Reston, Virginia. His LinkedIn account reveals that he is an award winning learning and organizational development leader with extensive experience in leadership and executive development, talent management, succession planning, competency model development and assessment methodologies.

Metzger takes pride in his expertise as a strategic business partner providing thought leadership on learning and organizational development issues to enhance organizational performance and drive business results. By his own account, he possesses strong interpersonal, cross-cultural, influencing and consulting skills coupled with a proven ability to create a compelling learning strategy.

Metzger has been leading Appian’s search and cultivation of talent, in one capacity or another, for nearly seven years. He describes his job as being responsible for driving business growth through innovative talent solutions.

Before his move to Appian, Metzger was director of management development at Canon USA, a job he held for nearly nine years. During this time, he was responsible for corporate learning and development, talent management and succession planning. He also developed a corporate-wide competency framework that has become the foundation for Canon’s competency based human resources system, he recounts.

Metzger obtained his bachelor’s degrees in economics and business from the University of Pittsburgh. He later obtained his Master of Business Administration degree from the same university’s Joseph M. Katz Graduate School of Business.