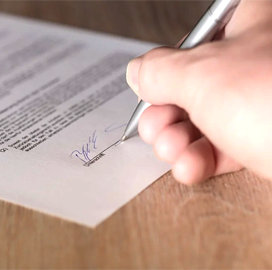 The General Services Administration moved forward with its initiative to consolidate the 24 categories of its Multiple Award Schedules program, signaling a major shift in the federal civilian acquisition marketplace. The initiative was a response to the heightened standards that the federal civilian sector is being held to. Deloitte noted that while the roles of civilian agencies have not changed, citizens now expect the government to provide the same quality of service seen in the commercial sector.

Such sweeping directly impact the government contracting sector that supports federal civilian agencies. Heavily regulated industries – such as energy, telecommunications and health care, among others – are already facing massive disruptions amid the ongoing global pandemic. Now they must also contend with the constantly evolving regulations and technologies being ushed by the federal civilian government.

As Sevatec’s executive vice president for the federal civilian portfolio, Chuck Schefer deals with the unit’s public sector customers such as the General Services Administration, the Department of Transportation and various civilian departments and agencies.

Based in Fairfax, Virginia, the IT service company was established in 2003, specializing in agile and DevOps, cloud solutions, cyber engineering, data sciences, systems and software development, learning and development, and program and project management.

Schefer brings into the role over 20 years of experience in the homeland and national security sector. A business development expert, he has a track record of building and maintaining customer and partner relationships as well as managing and growing organizations, according to his LinkedIn profile.

For the past two years, he has been leading the segment with the largest contracts, ensuring the delivery of national infrastructure modernization programs and the acceleration of government operations via modernized acquisitions, commerce and financial software systems.

Under his tenure, the Transportation Security Administration awarded Sevatec a four-year, $48M contract to support the Flexible Agile Scalable Teams under the Unrestricted GSA Alliant 2 GWAC.

The task order calls for the company to serve TSA’s Law Enforcement and Federal Air Marshal Service mission through agile design, development, and application production requirements for various mission-critical applications in the agency.

The defense contractor is tasked to enhance software quality and value via delivery of a supply chain that unifies human-centered design, DevSecOps, cloud-based deployments, cybersecurity and analytics into a single framework.

Before joining the company in July 2018, Schefer served for almost four years as vice president at ManTech.

He also held senior leadership roles at Grant Thornton as practice director, Dynamics Research as senior vice president for homeland security solutions division, Excella Consulting as principal consultant, Idea Integration as vice president, director for IT at Nextel Communications, MCI as a senior manager and Perspective Technology as an associate.

Schefer graduated from the College of William and Mary with a bachelor’s degree in finance.

Thomas Lee, as Octo’s senior vice president for national security and federal civilian, is mainly in charge of the delivery and growth of accounts such as the FBI and the Department of Homeland Security.

With almost two decades of experience in IT and financial management services for private and public sector customers, he specializes in agile engineering, secure mobile application development, systems engineering and profit and loss operations, according to his LinkedIn profile.

The IT service contractor also provides data analytics and management support services for agencies such as the National Institutes of Health, the Army and the U.S. Patent Trademark Office.

In 2018, the Food and Drug Administration awarded the organization and Booz Allen Hamilton spots on a potential seven-year, $300M blanket purchase agreement to update data collection and analysis systems in support of the agency’s patient safety and drug development efforts.

The company is tasked to collaborate with the FDA’s center for drug evaluation and research to modernize and maintain an informatics platform meant to streamline the regulatory process and support oversight of biological and pharmacological drugs.

Before joining Octo in November 2016, Lee took on leadership roles at companies serving the government community, including PricewaterhouseCoopers, BearingPoint and Acuity.

Natalie Carey is the senior director for federal civilian practice at Appian, which specializes in low-code automation for enterprise software applications.

During her tenure, the defense contractor partnered with Accenture Federal Services to help streamline the federal acquisition program through the low-code automation system.

The collaboration requires AFS to supply new delivery accelerators to enhance Appian’s acquisitions solutions that facilitate the procurement process and validate that the system complies with the Federal Acquisition Regulations policies.

Before joining the organization in October 2019, Carey served for almost 11 years at Valiant Solutions, an IT service company focusing on cybersecurity program management, security engineering, governance, risk, compliance, cloud management, agile development and health technology. She was the executive vice president and director for government solutions at the Henderson, North Carolina-based company.

Previously, Carey took on the role of director for cloud solutions at CMI, an IT service company established in 2015 and headquartered in Washington, D.C., specializing in cloud management, security, compliance and strategy.

A member of leading government and industry collaborative working groups as well as a contributor to various publications and events in low-code automation, Carey earned her bachelor’s degree in arts from the University of Maryland.