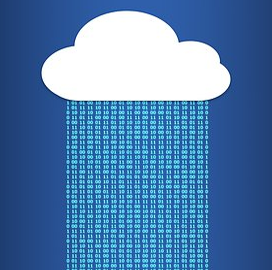 Moving to the cloud is a key consideration in the federal information technology modernization push. Government spending on cloud products and services will increase at a compound annual growth rate of 9.6 percent to reach $9.1B by fiscal 2024, according to a Deltek forecast.

For agencies and contractors, the Federal Risk and Authorization Management Program, or FedRAMP, serves as a baseline to ensure the security of cloud offerings prior to deployment in government IT operations.

The Potomac Officers Club — a division of Executive Mosaic — features some of the GovCon arena's key executives who seek to drive cloud adoption at public and private IT organizations.

Ashley Mahan serves as the General Services Administration's director for the Federal Risk and Authorization Management Program and the secure cloud portfolio.

She is considered a trusted liaison between federal agencies, industry cloud service providers and other stakeholders advocating for the secure deployment of cloud technologies across the federal government.

"Her work drives a dramatic increase in FedRAMP adoption and helps agencies modernize their information technology landscapes via cloud technologies. When combined with her natural aptitude for effective and conscious leadership, Ashley is uniquely positioned to continue FedRAMP’s strong growth," according to the FedRAMP website.

Mahan previously served for four years as a FedRAMP evangelist until she claimed her current role in August 2018.

Before she joined the GSA in November 2015, Mahan served as Noblis' principal for cybersecurity and cloud technology, a role she held for 17 months.

Noblis is a nonprofit science, technology and strategy organization that supports customers in the sectors for national security, intelligence, transportation, healthcare, environmental sustainability and citizen services.

Mahan began her professional career in Booz Allen Hamilton, where she served as a lead associate for cybersecurity for over seven years. Booz Allen is a management consulting company based in McLean, Virginia.

She earned a bachelor's degree in business from Virginia Polytechnic Institute and State University. Mahan also holds a master's degree in information technology from the University of Maryland University College.

In the said role, Lee has been responsible for growing a pay-as-you-go licensing model for companies including VMware, Adobe, EMC, Symantec and Red Hat.

Before joining Carahsoft, Lee served as senior vice president of FedBid, an internet company based in Vienna, Virginia. During his nearly 10-year term at the company, Lee made key contributions in fostering FedBid’s reverse-auction marketplace, where agencies such as the departments of Commerce, Defense, Health and Human Services, Homeland Security, Interior, Justice and Labor sought goods and services. He was also instrumental in ensuring the availability of FedBid’s offerings in support of online procurement activities.

Lee also spent two years at IT company NIC Commerce as vice president of strategic partnerships. The said role put him in charge of maintaining the company’s strategic banking relationship with Citibank and Bank of America. He also held executive roles at companies such as Electric Press, Falcon Microsystems and CACI.

Dan Tucker, a member of the Potomac Officers Club, serves as the head of Booz Allen Hamilton's digital platform capability team, which helps clients develop business functions and applications in a cloud environment.

The CMMI rating provides a way for companies to characterize their capabilities and performances. A level 5 maturity rating suggests that the company is in the final optimization stage and is only focused on continuous improvement, Booz Allen said.

Tucker leverages a background in architecture analysis and more than 20 years of professional experience in providing lifecycle system development for federal and private-sector customers.

He is also experienced in performing Agile, DevOps and lean systems development practices for optimizing productivity and increasing product quality on large-scale systems and development programs.

Booz Allen is a publicly traded management consulting company based in McLean, Virginia. It specializes in strategy and technology consulting, program management, human capital, communications, systems engineering and integration, public infrastructure, supply chain and logistics and cybersecurity solutions, among others.

Before joining Booz Allen in May 1998, Tucker spent one year as a data architect at Digital Focus.

He earned a bachelor's degree in applied mathematics from James Madison University and attended an executive management program at the Massachusetts Institute of Technology.

The American Society for Quality certified Tucker for completing the Six Sigma Green Belt methodology, which was created to train individuals who will lead a process improvement team as part of their full-time job.