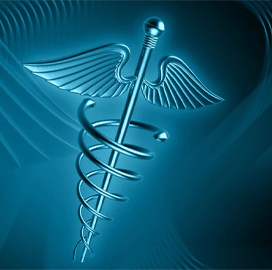 COVID-19 has dominated the headlines lately and underscored the importance of public-private collaboration to identify ways of responding to the novel coronavirus pandemic.

As government and industry persevere through the global public health emergency, cooperative initiatives have also emerged to address the crisis such as the COVID-19 High Performance Computing Consortium — which brings together government, commercial and academic stakeholders to provide compute resources for research aimed at curbing infection.

Health care executives in both the public and private sectors are also working to ensure the delivery of services using innovative approaches, systems and processes.

The Potomac Officers Club — a division of Executive Mosaic — profiles some of the GovCon arena’s key people that are helping to drive value in the health space.

Woodson graduated from the City College of NewYork and the New York University School of Medicine, in addition to earning a master’s degree in strategic studies from the U.S. Army War College.

Jennifer Welham, a Potomac Officers Club member, serves as ICF’s senior vice president for public health. She has been with the company for nearly 30 years, serving public- and private-sector clients with issues related to public health outcomes.

In her current role, Welham is responsible for leading ICF’s health, science and human services division with the goal of delivering research, training, technical assistance and evaluation support to the company’s customers, ICF said.

ICF is a Fairfax-based management consulting company whose customer base includes the National Institutes of Health, the Centers for Disease Control and Prevention and the Administration for Children and Families.

Welham leverages her extensive experience in assessing the health risks and hazards of exposure to environmental pollutants such as chemicals and pathogens.

In 2008, Welham became the leader of ICF’s environmental risk and toxicology business unit, which involves 75 people. The group became part of the environmental and health sciences line of business in 2012 and grew to 120 people under her leadership.

Welham joined the ICF in July 1990 as a research assistant and has stayed with the company since. She now leads ICF’s health and survey research line of business, which still includes the company’s health science practice.

Welham earned a master’s degree in biology from George Mason University with a specialty in environmental science and public policy. Welham also holds bachelor’s degrees in biology and psychology from The College of William and Mary.

In 2009, the Project Management Institute certified Welham as a project management professional.

In his current position, Narang provides executive oversight of the strategic direction, growth, planning and performance of a team that delivers mission-critical information technology services and solutions across federal government agencies, including the National Institutes of Health, the Department of Veterans Affairs, the Centers for Medicare and Medicaid Services and the Centers for Disease Control and Prevention.

Narang, a Potomac Officers Club member, has over 20 years of experience in the federal health IT industry, according to his LinkedIn profile.

The executive transitioned to GDIT after a two-and-a-half-year tenure as vice president of the federal health group at CSRA, which the former acquired in 2018. While at CSRA, Narang also served as vice president of health programs, putting him at the helm of a 250-member IT and bioinformatics team that supports a number of software engineering, infrastructure, bioinformatics contracts across NIH and the Department of Health and Human Services. He was also at the helm of the business program’s management and operation, including execution and growth. Additionally, he worked as a senior principal at CSRA, wherein he managed several technology-based projects across all research and science support systems for various government clients.

Prior to working for CSRA, Narang held executive roles at Clinitek, CTIS and Wockhardt.

Narang holds a bachelor’s degree in computer science from The John Hopkins University and a master of business administration degree from the University of Maryland.