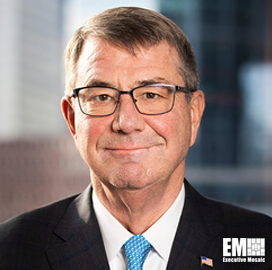 Ashton Carter serves as the director of the Robert and Renee Belfer Center for Science and International Affairs, a research center within the John F. Kennedy School of Government at Harvard University.

The Belfer Center serves as the faculty’s hub for international security and diplomacy, environmental and resource issues and science and technology policy.

The University of Pennsylvania’s Think Tanks and Civil Societies Program recently recognized the Belfer Center as a “center of excellence,” hailing it as one of the top university-affiliated think tanks in the world.

According to its website, the Belfer Center’s resident research community has more than 150 scholars, including Harvard faculty, researchers, practitioners and an international group of research fellows.

Carter currently also serves as a professor of technology and global affairs at Harvard University, according to his LinkedIn profile.

He is best known for serving as the 25th secretary of defense, a role in which he advised former President Barrack Obama and renewed the military’s focus on space and cyberspace.

Prior to the said role, Carter was deputy secretary of defense from 2011 to 2013. He also served as the Department of Defense’s chief operating officer, overseeing the agency’s annual budget and over 3 million civilian and military personnel.

From 2009 to 2011, he was in charge of the Pentagon’s procurement reform and innovation agenda as undersecretary of defense for acquisition, technology and logistics.

Carter earned bachelor’s degrees in physics and medieval history from Yale University and a doctorate in theoretical physics from Oxford University.

He was a distinguished visiting fellow at Stanford University’s Hoover Institution and a lecturer at Stanford’s Freeman Spogli Institute for National Studies.