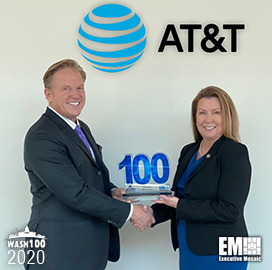 In 2019, Singer lauded the launch of the International Spy Museum, a 140K-square-foot historical facility in 7090 L'Enfant Plaza. The site exhibits methods and equipment used to support human, signals and geospatial intelligence operations.

“All of that technology that you’re going to see here, combined with the human brainpower, is what we will be bringing to bear as a nation on figuring out what to do about Iran, or any other country," Singer said.

Before she joined AT&T in February 2015, Singer served as the CEO of Tummler Singer Associates, a small woman-owned consulting firm focused on strategy, innovation, transformation and leadership.