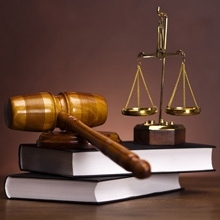 Amazon Web Services has again challenged the proceedings of the $10B Joint Enterprise Defense Infrastructure cloud contract, with its most recent bid protest directed at revisions made to the solicitation by the Department of Defense.

According to a spokesperson for AWS, the company specifically sought clarifications on "ambiguous aspects" of the amended JEDI solicitation, which the DoD ignored.

The spokesperson went on to say that the protest was meant to “ensure a common understanding of the DoD’s requirements and eliminate ambiguity that could impact a fair evaluation,” the Federal Times reported.

In a series of back-and-forth responses, Microsoft spokesperson Frank Shaw shot back at AWS through a blog post, describing the recent protest by AWS as “disappointing but not surprising.” Shaw argued that the new complaint only furthers Amazon’s self-interests, considering American warfighters now have to wait even longer for much-needed 21st-century technology.

An AWS spokesperson responded that the company is only eager at seeing the “fully array of mistakes considered and assessed.” The spokesperson also echoed Shaw’s statement, saying Microsoft's response was “not surprising.”

Amid contract delays, DoD spokesman Lt. Col. Robert Carver issued a statement noting that the department is continuing to execute the procedures outlined in the Motion for Voluntary Remand associated with the JEDI contract to accelerate the deployment of JEDI capabilities.

The complaint against the DoD is the latest in a series of JEDI-related protests, which stemmed from a temporary restraining order filed by Amazon that prevented the DoD and Microsoft from building out the cloud infrastructure.