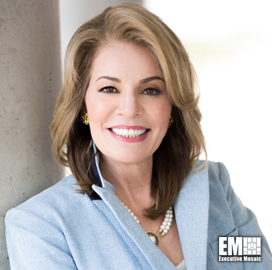 Carlson, a six-time Wash100 winner and a speaker at a past Potomac Officers Club event, has more than 25 years of experience and expertise in software-as-a-service, data management and cloud, Splunk said Monday.

In her new roles at Splunk, Carlson will lead and work closely with sales, customer success and marketing leaders to drive growth across go-to-market business segments.

Carlson currently serves as vice president of worldwide public sector and industries at Amazon Web Services. She is credited with driving strong customer engagement and growth at the said company.

She founded AWS’s worldwide public sector business in 2010 and was eventually made responsible for the company’s financial services, energy services, telecommunications and aerospace and satellite business units.

Doug Merritt, CEO at Splunk, said Carlson has a deep understanding of the cloud and software industries. “I’ve had the privilege of getting to know her as a partner during her tenure at AWS, and know she’ll be an excellent addition to our team,” Merritt said.

Prior to joining AWS in 2010, Carlson led sales, marketing and business development organizations at Microsoft, Keyflip and NovaCare. She earned a bachelor’s and a master’s degree from Western Kentucky University.