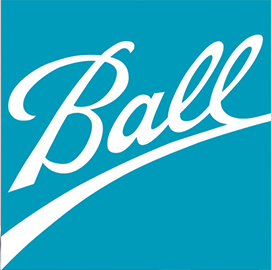 Ball Corp. has promoted Daniel Fisher as company president and appointed him as a member of the board of directors, effective January 2021.

John Hayes, who has served as chairman and chief executive office since November 2009, said Fisher, who will directly report to him, has been instrumental in the company’s growth for the past 10 years.

“Most recently, during the past four years, he has demonstrated exceptional leadership and led his teams to deliver strong results as senior vice president and COO of Global Beverage. Dan has been pivotal to Ball's success, both from a business and cultural standpoint," he said.

Fisher started his career with the company as vice president for finance of the North American beverage business.

He later held the role of senior vice president for finance and planning and president for the North American beverage business until 2016, when he was appointed chief operating officer for GBP.

Morrison joined the organization in 2000 as treasurer and was promoted to CFO in 2010. Pauley has been part of the company since 1981, taking on various responsibilities within the aerospace and corporate functions.