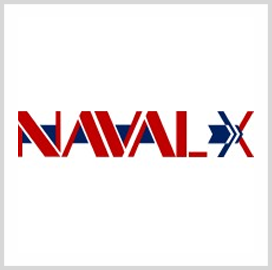 Capt. Ben Van Buskirk has been named the new director of NavalX, replacing Capt. Frank Futcher, who announced his retirement from the Navy after 30 years of service.

Van Buskirk, a past Potomac Officers Club event speaker, assumed command of NavalX during a non-traditional change of command ceremony, which was held in Alexandria, Virginia, and broadcast online via Zoom.

As director, he will lead an organization focused on scaling non-traditional agility methods across the Department of the Navy workforce, DVIDS reported.

He plans on collaborating with the chief of naval operations’ staff to address their most pressing problems and working with the research, development and acquisition teams to deploy warfighting capabilities.

According to his LinkedIn profile, Van Buskirk joined NavalX after helping establish the Strategic Warfighting Innovation Cell within the Navy’s Warfighting Development Directorate. As a founding member, he designed and executed SWIC’s strategic priorities and engagement plan.

He was also a former secretary of defense executive fellow at VMware. He was one of four Navy officers selected for the fellowship and was tasked with helping the company’s senior executives in areas such as business strategy and technology innovation.

Van Buskirk also has years of experience serving as a squadron department head and a squadron commanding officer for the Navy.

During the turnover ceremony, Van Buskirk lauded Futcher for standing up and laying the groundwork for NavalX.

Futcher had served as the organization’s leader since its inception in 2019, when it was launched as a direct-report initiative under the assistant secretary of the Navy for research, development and acquisition.

In a statement, Futcher touted the NavalX team’s success in providing a platform for agility accessible to the entire Navy enterprise.