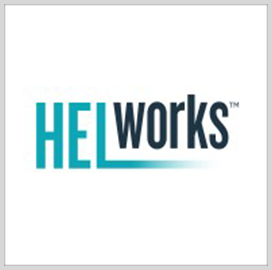 For static-on-static ground engagements, HELworks offers MCHEL, a 12-kW portable weapon featuring a modular configuration. Booz Allen said the product is “the smallest, lightest and most portable HEL weapon for its use case.” MCHEL has already been delivered to a customer, which the company declined to identify.

LightEngine is a low-SWaP cooled laser that can be integrated with third-party beam combinations, beam directors and other components.

“We have matured a portfolio of highly relevant directed energy solutions and delivered systems to the warfighter for operational test and evaluation—and the time is right to organizationally align this capability into a structure that will enable continued innovation and system development in a highly focused way,” Penfield said.