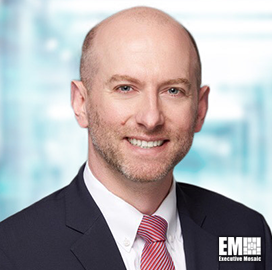 Bradford Powell has been serving as vice president and general manager for C2ISR Solutions at Cubic Missions Solutions for more than two years.

In his current role, he leads the business unit tasked with implementing the C2ISR assets and developing growth strategy while directly reporting to company President Mike Twyman, the company said.

Powell, a Potomac Officers Club member, also oversees his team in providing the Department of Defense and the intelligence community command and control services that are related to full-motion video, wide-area motion imagery and other latest technologies.

Twyman believes his expertise lies in understanding the customers’ challenges and concerns as well as providing strategies to address them. He also believes that his appointment was vital to sustain the company’s growth and continue the expansion projects in the C4ISR sector.

Powell joined Cubic Mission after a more than 10-year career at Northrop Grumman, where he most recently served as operating unit director. The said role put him in charge of the unit’s program and capture managers and their teams, as well as of the profit and loss status. The business segment consisted of around 750 employees in five states, generating over $250M in sales annually.

Previously, he spent nearly three years in Al Khobar in Saudi Arabia as general manager for Northrop Grumman Mission Systems Arabia. He spearheaded a diversified group that earned more than $50M in yearly revenues and provided integrated security and command and control networks for oil and gas projects.

Prior to Northrop, Powell assumed the role of a program manager for the USAF multi-mission payload program at MELE Associates, a management consulting company based in Rockville, Maryland.

He is also a former acquisitions officer at the U.S.Air Force, serving as the program manager for the agency’s data link integration programs.