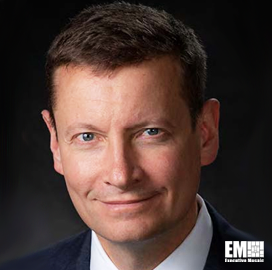 Brent Gerry is the chief legal officer and executive vice president of global compliance at the aerospace company Boeing. He leads the company’s law and global compliance organization and acts as senior legal adviser.

Gerry joined Boeing in 2008 and served in senior positions in the company’s law department. Some of the positions he served in were vice president and general counsel for Boeing Commercial Airplanes and chief counsel to Boeing’s network and space systems segment. He also served as the president of Boeing Japan for three years. He assumed his current position in May 2020, Boeing said.

He served several leadership roles with the U.S. government before joining Boeing. At the Department of Justice, he was chief of staff to former U.S. Attorney General Michael Mukasey and was the acting assistant attorney general at the department’s Office of Legal Policy. The industry veteran also served as associate counsel to the U.S. president, working on national security and intelligence matters. Gerry also worked as a private practice lawyer at law firm Goodwin Procter and as a law clerk for the U.S. Court of Appeals D.C. Circuit and the U.S. Supreme Court.

Gerry is a member of the board of trustees at the Museum of Flight in Seattle. He also serves on the industry advisory board at the University of Washington Law School’s Global Business Law initiative.

Posted on December 2, 2021 by Lawrence Carter