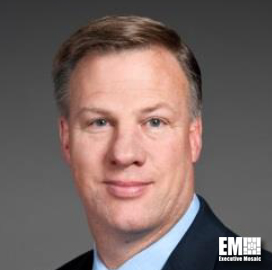 Brian Keller is a vice president and the Army strategic account executive at Leidos, leading U.S. Army and Special Operations Command strategic development and supporting business development, customer account management, capture and proposal development. Before joining Leidos in 2014, Keller was a senior vice president at Science Applications International Corp., doubling as a market executive for processing, exploitation and dissemination, according to his LinkedIn profile.

From 2008 to 2010, he served as the director of military services at the National Geospatial-Intelligence Agency, supervising an office tasked with supporting military operations in places such as Iraq and Afghanistan. While at NGA, he oversaw the deployment preparation of over 300 personnel, training synchronization for armed forces and GEOINT delivery to the Department of Defense’s future warfare systems. Other duties included communication management with mission partners and the formation of NGA governance strategies.

Keller’s term at NGA overlapped with the latter end of his three decades of service in the military, where he held a variety of leadership positions across the Army and combatant commands. His roles included heading the Senior Intelligence Office for Multinational Force-Iraq, U.S. European Command and Joint Special Operations Command. Keller served as deputy commanding general at the U.S. Army Intelligence Center in Fort Huachuca, Arizona, handling a $100 million budget allocation intended to prepare 6,900 soldiers over an eight-month period.

From 2000 to 2002, he was the commander of the 513th Military Intelligence Brigade, which saw deployment in Kuwait, Afghanistan and Colombia.