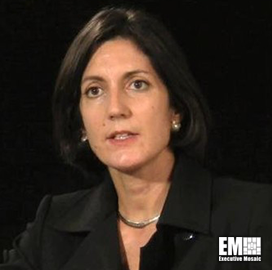 Carol Politi has served as president and CEO at TRX Systems since April 2010, leading the company in providing position, navigation and timing services in environments that lack a global positioning system, including indoors, underground and in crowded urban areas.

In October, the company expanded partnership with VIAVI Solutions with the integration of TRX’s Neon Signal Mapper with the California-based technology firm’s CellAdvisor 5G and OneAdvisor-800 real-time spectrum analyzer for 4G-LTE and 5G-NR cellular coverage testing.

The combined service is expected to deliver automatic geo-referencing and cloud data storage with enhanced 3D visualization and reporting to validate 4G and 5G coverage and performance.

Before joining the company, Politi was a board member for two years at the National Children's Center, a non-profit organization that helps over 500 children and adults ranging from eight weeks to 70-plus years with developmental disabilities.

Previously, she was co-founder, vice president for marketing and board member at Megisto Systems, a company that provides real-time billing and service delivery software for mobile operators.

Politi began her career as vice president for product management at Ericsson, directing the development strategy and priorities for the telecommunications company’s data portfolio. She was also responsible for maintaining third-party vendor relationships and supporting sales to key customers.