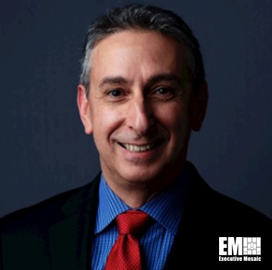 He has been with the Los Angeles, California-headquartered company since 2015.

Cynamon is a veteran of the U.S. Air Force with a total of 28 years of experience in the military and in the private sector.

His areas of expertise include program management, operations and business development, specifically in the field of space systems, Cynamon’s LinkedIn profile shows.

The LinQuest engineering and integration SVP began his career in the Air Force in 1987, when he worked as a test manager and program manager at Hanscom Air Force Base in Massachusetts.

His roles within the service branch include serving as commander of New Boston Air Force Station, where he oversaw satellite tracking efforts.

Cynamon retired from the Air Force in 2012 after serving as chief of the Advanced Concepts Division at Los Angeles AFB. In the role, he worked as chief architect of the Department of Defense’s $70 billion satellite communications enterprise.

His career within the defense industry began at Hughes Network Systems, where he was named senior director of the company’s defense and intelligence systems business unit.

After a year at Hughes, Cynamon moved to MDA Information Systems as vice president of business development and strategy.

The space systems expert is a graduate of Boston University with a bachelor’s degree in aerospace engineering.