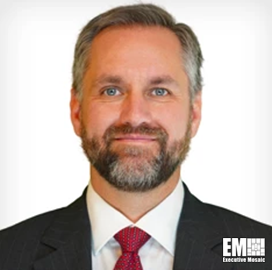 Ericksen oversees the company’s sales, sales engineering, marketing and channel teams and is responsible for company strategy and growth. He has over two decades of professional experience, having served various leadership roles at VMware and Cisco, Klas Government said.

Ericksen was a senior account executive at cloud computing company VMware. In this capacity, he led security and networking sales for various defense clients, including the U.S. Navy, U.S. Marine Corps and the Defense Information Systems Agency.

At Cisco, he was a regional manager who oversaw accounts across the U.S. Army and the Special Operations Forces. He was also a strategic account manager who was responsible for data center, virtualization and cloud technologies across various military accounts.

He started his career in 2000 as a sales engineer at Cisco, according to his LinkedIn profile.

Ericksen holds a master’s degree in finance from Regis University and a bachelor’s degree in management information systems from Birmingham Young University.

Klas Government offers the Voyager lineup, a range of products and solutions that deliver scalable network, compute and radio systems designed to meet government and public safety needs in any operational environment.

The company is headquartered in Herndon, Virginia, and has offices in Florida, Washington, D.C., and Dublin, Ireland.

Posted on February 3, 2022 by Lawrence Carter