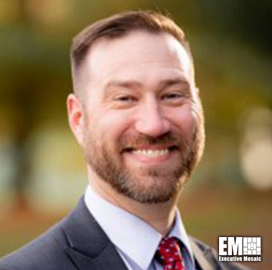 Demi has over two decades of experience in maritime and national security, including strategic advice provision and program implementation. He has also directed teams that support large-scale government engagements.

Demi oversees the development and execution of Airbus’ maritime business development strategy for the departments of the Navy and Homeland Security.

He has been with Airbus U.S. since July 2021, according to his LinkedIn profile.

Demi joined Airbus following a three-year stint with the U.S. Coast Guard. A member of the Senior Executive Service, he most recently was the acting deputy assistant commander for intelligence from October 2020 to July 2021.

He was also a strategic adviser from August 2018 to November 2020. In this role, he led strategic planning across the Coast Guard intelligence enterprise and integration efforts with the intelligence community, the DHS and the Department of Defense.

Before joining the Coast Guard, Demi served in various leadership roles across the U.S. Navy. He was the deputy chief of naval operations for information warfare, a reserve duty naval officer and a senior program manager. He started serving in the Navy in 2001.

The Airbus U.S. executive has a Master of Business Administration degree from the University of Massachusetts Amherst and a bachelor’s degree in political science and government from Villanova University.

Posted on December 1, 2022 by Lawrence Carter