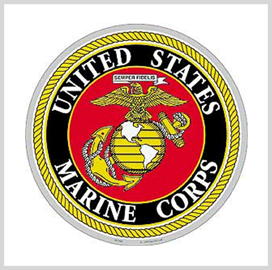 The Marine Corps has announced plans to discard some legacy weapons and communications systems to achieve a more network and cloud-oriented military.

Ken Bible, the Marine Corps' deputy chief information officer, said some traditional systems, such as amphibious assault vehicles and vertical lift pieces, will not be funded.

"We're trading artillery and cannons and tanks in order to get after command and control modernization, electronic warfare, alternatives for positioning, navigation and timing, long-range fires," Bible said.

He added that the Marine Corps' plan is based on the assumption that that defense budgets will not shrink during the decade, FCW reported Tuesday.

In its 2030 force design released March, the Marine Corps said it plans to deploy units thinly across a wider area.

The service also plans to use more unmanned systems and technologies for electronic warfare, intelligence, surveillance and reconnaissance.

The Marine Corps also highlighted the importance of its network in ensuring that its systems remain operational in a degraded command and control environment.

Bible said he is developing a network modernization plan to be released in May. He said the Marine Corps needs to identify what weapons and communications systems are the most essential.

Currently, the Marine Corps' network is imperfect, particularly when it comes to cloud technology, Bible said. He said cloud networks are important for supporting information and data environments interconnected across the services. "I need to be able to have communications paths that can't be disrupted," he said.