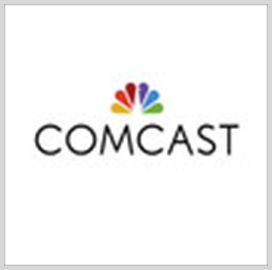 Under the potential 10-year, $76 million contract, Comcast will replace legacy circuits across the country.

The agency is responsible for providing and operating information-sharing capabilities, command and control solutions and a global enterprise infrastructure in support of the more than 40 military services, combatant commands and support organizations of the Department of Defense around the world.

According to the company, the government services business will provide the Ethernet Virtual Private Line service to DISA to establish commercial Ethernet gateways.

The services will deliver a “flexible” Ethernet solution expected to meet the needs of the agency, Comcast said.

The EVPL service was designed to enhance a network’s application performance using a point-to-multipoint network architecture between multiple locations.

In a statement, Comcast Government Sales Vice President Ken Folderauer said the company is committed to advancing the DOD’s vision of connecting and protecting soldiers in cyberspace through the CEG program.

Folderauer, a member of the Potomac Officers Club, noted that the recent contract marks the fifth time that the company signed a CEG regional agreement.

The company won the CEG Regions 4 and 5 contracts earlier this month, the Region 3 deal in June and the Region 1 agreement in the first quarter of 2020.