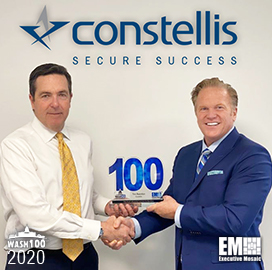 Executive Mosaic founder and CEO Jim Garrettson presented the award to Reardon in recognition of his success in driving Constellis' growth and expanding its portfolio, GovCon Wire reported.

Under his watch, Constellis secured a spot on a potential five-year $6B contract vehicle from the Department of State for diplomatic platform support services.

The DiPSS contract is an indefinite-delivery/indefinite-quantity deal that covers life support services, operations and maintenance and logistics assistance for the Department of State and other government agencies.

Reardon joined Constellis as CEO in August 2018. Before taking on the role, he served as Leidos' president of defense and intelligence.

Constellis is a security and investigations company based in Herndon, Virginia. The company specializes in providing risk management, security, humanitarian, training and operational support services to government and commercial customers.

Posted on December 2, 2020 by Robert Johnson