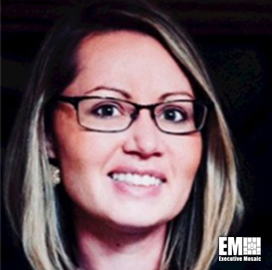 Erin Miller, vice president for Space Information Sharing and Analysis Center, said cybersecurity vulnerabilities to the commercial space sector will grow in the years to come as technological capabilities increase across domains.

She added that cybersecurity awareness and educational resources should be improved as the global space economy is seen to surpass $1T by 2040, with 80 percent of that revenue to come from the private sector, Nextgov reported Thursday.

Cloud computing is already starting to support ground stations that manage large amounts of satellite data, and 5G technology is considered a significant opportunity to combine terrestrial and space networks, according to Miller.

“Because we know there are vulnerabilities in every system, the broader expansion across the globe of space systems allows for a larger attack vector,” she said.

In addition, industry experts have called for the U.S. government to tag certain space satellites, sensors and their command and control systems as critical infrastructure systems.

According to several officials speaking at the Aspen Institute Cyber Summit held on Dec. 3, the new classification is vital considering the significant amount of data being transmitted between GPS, weather and other satellites. They said a system intrusion from an adversary or threat actors may have an adverse effect on national and economic security.

“Space is now a warfighting domain,” said Jack Blackhurst, Air Force Research Lab’s executive director. “We rely on space assets in times of war and there is a need to assure adequate cybersecurity and resiliency.”

He noted that the potential of commercial space assets being classified as critical infrastructure “is something we’re looking at for policy and norms of behavior.”

Ed Devinney, corporate director for cyber programs at Northrop Grumman, said a national awareness about space and its importance in daily life will be essential to securing the systems. “Whether or not it is chosen as critical infrastructure,” Devinney said it’s important to build understanding and national coalescence that these systems must be secured.