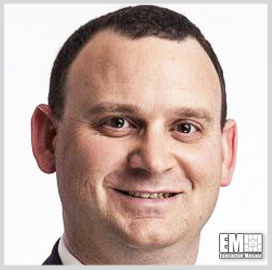 Damian DiPippa, a member of the Potomac Officers Club, serves as the president of Peraton’s systems engineering sector.

In his role, DiPippa is responsible for strategy development and execution, program performance and growth objectives, Peraton said.

DiPippa’s team supports the engineering and integration efforts of Peraton’s national and military intelligence customers, according to his LinkedIn profile.

He previously served as senior vice president and general manager at Perspecta, leading a team of engineering professionals specializing in high-end systems integration.

He earned a bachelor’s degree in aerospace engineering from Penn State University and a master’s degree in business leadership from Georgetown University.