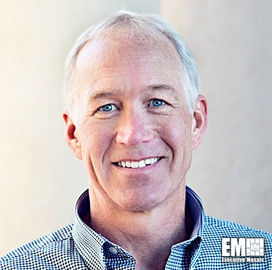 According to his LinkedIn profile, Brophy assumed his current position in September 2018. Since then, he has been helping U.S. government customers meet critical and challenging missions using commercial SAR data services.

He spent a little over eight years as Orbital ATK’s VP of strategy and business development. During that time, he advocated for new architectures and alternative acquisition approaches, implemented a rigorous capture management process and promoted a culture of teamwork, trust and responsibility.

Before that, he served as the senior director of strategy and business development for the Integrated Space Systems division of General Dynamics Advanced Information Systems. In that role, he was responsible for the business development process for cyber, data exploitation systems and space systems.

Additionally, Brophy held director-level positions at Ball Aerospace. With a focus on defense systems, he was in charge of space systems, advanced airborne sensors and ground systems relied upon by defense and intelligence community customers.

Earlier in his career, he worked for Lockheed Martin and Northrop Grumman.

Brophy holds a bachelor’s degree in business/managerial economics from the University of Minnesota and a Master of Business Administration degree from Pepperdine Graziadio Business School.