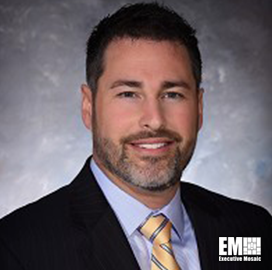 Marc Parent, CAE president and CEO, said he will bring into the role over two decades of management experience and expertise in the intelligence community, the global defense and military industry, the company said Monday.

He expressed confidence that Gelston’s extensive record as a growth-focused executive will play a major role in spurring growth in the company’s business operations in the defense market as well as broadening the types of services to provide. “I have no doubt that his industry experience and exceptional leadership will propel our defense business to reach its full potential," he said.

Previously, he became president for broadband communications systems sector at L3Harris Technologies. For more than two years, he oversaw the unit’s operations with 3,600 employees and $1.5B annual revenues. The group designs and provides broadband communications services, mainly for Department of Defense clients in the areas of advanced networking, software programmable systems and modems, according to his Linkedin profile.

In 2016, Gelston served as president for special security agreement business unit at Smiths Detection, where he directed the SSA-controlled segment of the organization’s $710M Morpho Detection investment and the sale of the company’s operations in Brazil.

He also became president for tactical communications and surveillance for Cobham in 2014. During this tenure, he spearheaded the divestment of the company’s surveillance business unit while acting as CEO during the group’s changeover into an independent company.

Early in his career, Gelston spent four years at Sotera Defense Solutions as vice president and seven years at BAE Systems as a manager and a director.