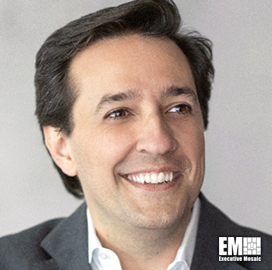 Dario Gil is currently a senior vice president and director at IBM Research, based in New York City. By his own account, he is a technology and business leader in charge of one of the worldâ€™s largest and most influential corporate research labs, with over 3,000 researchers.

Gil is further described as a globally recognized leader of the quantum computing industry.  Under his leadership, IBM was the first company in the world to build programmable quantum computers and make them universally available through the cloud. He is also responsible for IBM’s intellectual property strategy and business, his LinkedIn profile says.

More recently, Gil assumed the role of co-chair of the COVID-19 High-Performance Computing Consortium, which provides access to the worldâ€™s most powerful high-performance computing resources in support of COVID-19 research.

Gilâ€™s entire professional career has been spent at IBM. He began his services for the company in 2003 as a research staff member, a job he kept for nine years. In 2014, he was made director of the companyâ€™s industry research laboratories.

From there, the pace of Gilâ€™s career picked up, going from director to vice president to chief operating officer in less than five years. He was promoted to SVP in January 2021.

Gil received his doctorate degree in electrical engineering and computer science from MIT.