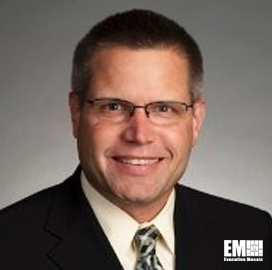 According to his LinkedIn profile, Korynta was appointed to his current position in November 2013. Since then, he has been helping clients bridge the gap between premises-based solutions and cloud services through utility-like models.

In his first year working for the technology conglomerate, Korynta served as a network consulting engineer supporting the U.S. Central Command Air Forces. He was later promoted to senior manager of the federal support program and was tasked with managing an advanced services delivery team responsible for the Navy Marine Corps Intranet.

He entered the private sector after a 21-year career with the U.S. Marine Corps.

Before retiring from the military, he had a brief stint as a senior systems planning and engineering officer. His duties included planning, designing, implementing and managing all tactical voice, video and data communication systems supporting USMC operations in Kuwait during Operation Enduring Freedom and Iraqi Freedom.

He was also part of the Marine Air-Ground Task Force Staff Training Program for more than three years.

Korynta holds a bachelor’s degree in economics from the University of Minnesota and a master’s degree in information technology management from the Naval Postgraduate School.