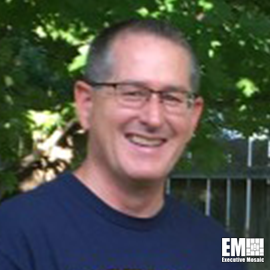 David Mejia is the manager of Naval Architecture and Fluid Dynamics at Northrop Grumman‘s naval systems business, working out of Annapolis, Maryland. He is an undersea systems architect and project manager who was involved in the development of the Advanced SEAL Delivery System, the AQS-24 towed minehunting sonar and various Mine Counter Measure Unmanned Surface Vessels, according to his LinkedIn profile.

In a career spanning almost 22 years with NG, Mejia has been involved in multiple undersea programs for the U.S. Navy. Among them was building the first mine warfare unmanned surface vessel, which NG jointly developed with the Naval Undersea Warfare Center, and mine warfare unmanned underwater vehicles.

Before joining NG, Mejia served as a naval architect at Lockheed Martin. During that time, he took on the role of project engineer for the development of Deep Submergence Rescue Vehicles, specialized underwater vessels used to rescue damaged submarines.

Prior to his career in the corporate world, Mejia served as a lieutenant in the Navy, where he was assigned to surface warfare and nuclear warfare-related tasks.