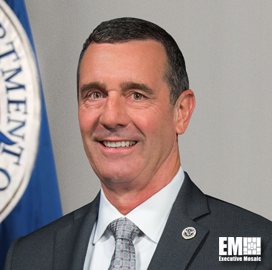 David Pekoske serves as the Transportation Security Administration's seventh administrator. He leads a workforce of about 60K employees and is responsible for security operations at nearly 450 U.S. airports.

Before he was confirmed into his role in August 2017, Pekoske served as a senior official at the Department of Homeland Security and performed the duties of the deputy secretary.

Pekoske spent five years as the group president of A-T Solutions, a defense and space company that is now part of PAE. He later served as PAE's vice president.

He served as the 26th vice commandant of the Coast Guard, as well as the service's chief operating officer and component acquisition executive.

According to the TSA, the Coast Guard recognized him as an expert in crisis management, strategic planning, innovation and port and maritime security.

He spent the bulk of his government services career leading teams that supported government agencies in counterterrorism, security and intelligence efforts.