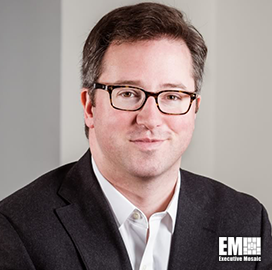 David Wodlinger has been a partner at Arlington Capital Partners since Aug 2006. The Washington-based company is a middle-market private equity organization that specializes in investing in regulated industries.

He oversees investments related to government contracting, technology-driven business services and software and IT services industries, the company said.

Wodlinger has an extensive background in private equity management and building companies through internal growth or through mergers and acquisitions. He also has broad experience as a board of directors member in different industries.

Over the past 14 years, he has finalized over 30 acquisitions for the company, including Cambridge Major Labs, Novetta Solutions, Quantum Spatial, Micron Technologies and Compusearch Software Systems.

One of Arlington's portfolio companies that Wodlinger was involved in, AEgis Technologies, acquired mission-enabling technology provider Excivity in early 2020 for an unspecified amount. Aegis offers engineering systems in areas including defense, electronic warfare, intelligence and C4ISR.

In addition, he was engaged in the sale of the technology services provider Centauri to KBR for $800M as part of the latter’s initiative to enhance the intelligence and military space businesses. Centauri, which has more than $1B in contract backlog, has 22 offices with 1,700-strong workforce in the U.S.

Before joining Arlington, he served as investment banking analyst for the financial sponsors group at Deutsche Bank in New York. During his two-year stint, he was responsible for the origination, diligence, structuring, and financing of leveraged buyouts, including Blackstone’s purchase of New Skies Satellites and Merrill Lynch Private Equity’s $15B takeover of Hertz.

Prior to Deutsche Bank, Wodlinger began his career in finance at BearingPoint where he served for more than a year as a senior management analyst specializing in the U.S. intelligence community.

Wodlinger earned his bachelor’s degree in economics at Georgetown University.