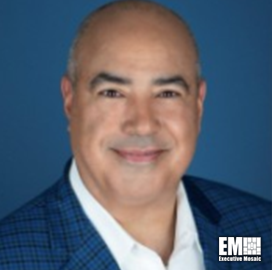 Dean Acosta is the chief communications officer and a senior vice president at Lockheed Martin.

Acosta leads global communications strategies and activities across the company’s business areas in the U.S. and international locations. He advises Lockheed’s leadership about advancements in the aerospace and defense industries to ensure that the company meets its corporate mission.

Acosta first joined Lockheed in 2010 as director of communications before taking up other leadership roles in different companies. He rejoined the aerospace company in 2019 as SVP and chief communications officer.

He started his career in 1990 as a broadcast, print and radio journalist at several U.S.-based media outfits. In 2003, he worked as the chief spokesperson and deputy assistant administrator for public affairs at NASA headquarters.

He holds a master’s degree in strategic communication and leadership from Seton Hall University and a bachelor’s degree in political science from The University of Texas at San Antonio.

Lockheed Martin produces hypersonic systems, aircraft and other offerings for C4ISR, electronic warfare, sensors and integrated air and missile defense. It is headquartered in Bethesda, Maryland, and has multiple offices within and outside the U.S.

Posted on February 8, 2022 by Lawrence Carter