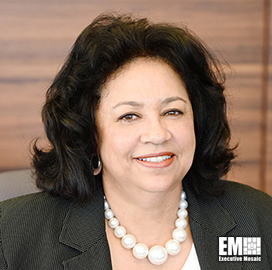 Diane Moore, Executive Assistant to the CEO at Altamira Technologies

Dianne Moore serves as executive assistant to the CEO at Altamira Technologies, an open source technology company in the national security space.

In the said role, she provides executive-level administrative support to the chief executive and four chief experience officers, co-chairs the company’s events and community initiatives, negotiates contracts with vendors and oversees the day-to-day operations of the office.

Moore, a Potomac Officers Club member, is also responsible for arranging off-site meetings as needed, including venue selection and on-site coordination; coordinating board of directors meetings; and processing and approving expense reports and time sheets, according to her LinkedIn profile.

She has been working at Altamira for more than eight years, having joined the company in September 2014.

Before taking the role at Altamira, she spent nearly 24 years at Unisys, which hired her as an executive assistant in February 1991. Moore was in charge of providing support to vice presidents in various organizations, including the Unisys Health Information Management and civilian and Department of Defense agencies. Unisys sold its HIM business to Molina Healthcare for $135 million in 2010.

After nearly two decades of holding the position, she was appointed as executive assistant to the president of federal systems. Her responsibilities included managing all executive-level administrative tasks and serving as liaison to staff.