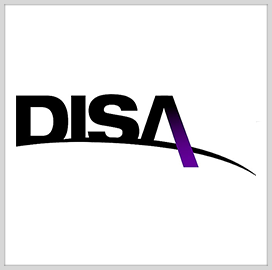 The Defense Information Systems Agency intends to issue a final request for proposals for a planned single-vendor, $11.7B information technology contract by September.

Work for the multibillion-dollar Defense Enclave Services contract will consolidate the different networks across the Fourth Estate, otherwise known as the Department of Defense’s non-warfighting support agencies. The Defense Enclaves Services program was established with the goal of eliminating unnecessary complexity within the IT space in order to facilitate the modernization and promote the security of DOD’s networks, Fedscoop reported.

Services for the potential indefinite-delivery, indefinite-quantity contract are expected to include infrastructure, cybersecurity, technical refreshes and full-spectrum support.

During the contract’s pre-solicitation meeting, DES Program Manager Col. Chris Autrey explained that the effort includes migrating defense agencies from their legacy commodity IT networks to a DISA-led unified network called DODNet. A total of 22 individual networks operated by Fourth Estate agencies will be included in the network migration plan.

DISA has been selected by department leadership to optimize network capabilities across the Fourth Estate. The agency is in charge of the Fourth Estate network optimization initiative, an effort aimed at reducing the cyber-attack surface, decreasing operating costs and improving support services for end-users.

Work for the DES contract is anticipated to be performed within a base period of four years and could extend to six more years if all options are exercised.

Susan Beury, acquisition analyst assigned to the DES procurement, said that companies vying for the contract must be compliant with levels three or four of the Cybersecurity Maturity Model Certification.

While the CMMC program is yet to be officially implemented, the DOD expects the standards to be put in place during the awarding of the DES contract.