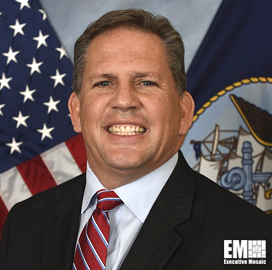 The Biden administration will continue the previous administration’s effort to reform the Department of Defense’s procurement process, according to the official performing the duties of the undersecretary of the Navy.

“This current administration is doubling down on it. They understand the imperative. They understand how important it is for us to get there,” Geurts said during a McAleese and Associates conference.

Former DOD acquisition chief Ellen Lord, also a past POC event speaker, announced in December 2020 that the department had been implementing new policies to streamline acquisition.

She said the Pentagon had been expanding from the standard acquisition lifecycle and rolling out various pathways for acquiring products such as software.

Lord added that the DOD plans to reform the training of its defense acquisition workforce through what she called a “back-to-basics” initiative, which is aimed at simplifying processes and prioritizing the use of training resources.

During the McAleese and Associates event, Geurts said the Navy and Marine Corps are also increasing the speed and scale of acquisition to be able to compete globally. He called on the industry to notify him if the services show signs of slowing down.

Geurts added that he is dissatisfied with the Navy’s “culture to continue to add complexity and cost” in its projects instead of finding more creative and efficient solutions.