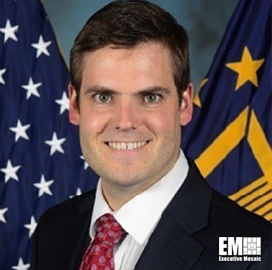 “Jack Wilmer has been an incredible asset to the CIO office. It goes without saying that Jack is a true leader in his field,” Deasy said. In a statement, Deasy noted that Wilmer published a cyber risk reduction strategy and "Cyber Scorecard" during his tenure.

Wilmer was also credited with championing greater diversity in the information technology workforce in the Pentagon and across the government.

“When you look at what our adversaries are actually doing, the approaches they’re taking, they really do have some very clever and creative things they’re doing. And one of the things I certainly realized is one way of thinking about what they might be doing is not at all sufficient,” Wilmer said at a past FedScoop event.

Wilmer previously served in the White House's Office of Science and Technology and as a senior officer at the Department of Homeland Security. Many of his duties involved cybersecurity and IT modernization.

At the DHS, he served as the Defense Information Systems Agency's vice director of development and business. He was responsible for the development, acquisition and evolution of all capabilities provided by DISA.

He earned a bachelor's degree in computer science from Princeton University in 2000.